MyNativeFashion
Home Fashion watch What Is The Hijab Style?

What Is The Hijab Style? [Tips On Hijab] 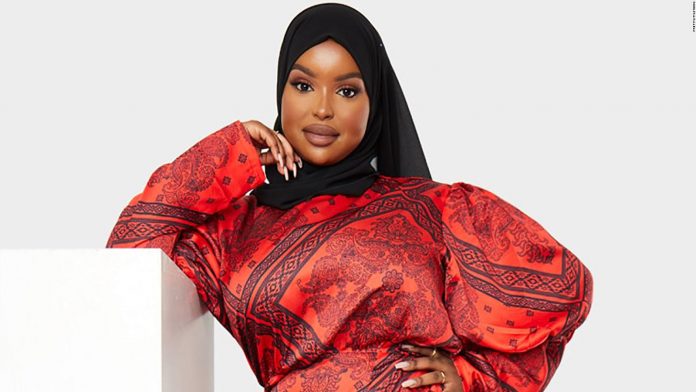 Hijab style. There are various questions concerning the hijab. Some wish to know what it means and is it only for Muslims, why must they wear it, and even more.

Even many Muslim girls struggle with the question of whether they should wear the hijab, especially if they live somewhere where Islam isn’t the predominant religion.

While the choice is ultimately up to you, there will undoubtedly be a variety of factors influencing your decision, and it can feel overwhelming at times.

Remember, though, that regardless of your choice, you can still come out of it with a deeper understanding of Islam – and yourself!

Before further ado, let’s get down to the meaning of the hijab style itself.

Related Post: What Is Abaya Styles? [Guide to Abaya]

What Is The Hijab Style?

The term hijab is the Arabic term for creating a partition or barrier and doesn’t specifically mean a type of head covering.

In Islam, the hijab consists of the fundamental behaviors for modesty, as well as how Muslims should dress.

These rules apply to both men and women and vary depending on how close the person is to reaching puberty.

And one of the most important purposes of the hijab is to identify the wearer as an adherent of Islam.

The Islamic concept of hijab is most often expressed in women’s clothing.

Hijab garments range from simple headscarves (called khimaar or simply hijab) to head-to-toe cloaks such as abayas and burqas.

But what is the Islamic modesty about it? But before that, we should know there is something very related to Islam, which is Niqab.

Why do Muslims wear Niqab?

Some Muslim women wear a face veil, also known as a Niqab. The Niqab covers a woman’s entire face, excluding her eyes.

Muslims are required by the Quran to be modest, especially around those of another gender, and must cover their awrah (what is deemed a private area in Islam).

What counts as the awrah is largely dependent on the age and sex of the person in question – for example, babies do not have awrah, and young children only need to cover their private parts.

The awrah for a woman shortly before and after she reaches puberty is from her head to her ankles. And with this, it is more than a religious symbol.

Most scholars agree that it’s acceptable to leave your face and hands uncovered, though not everyone agrees on whether you should cover your feet.

Are Muslim women forced to wear the Hijab?

This is one big question most people wish to have an answer to. And besides, we should all know about this.

Muslim women should not be forced to wear the hijab. Rather, with the Islamic belief, one should understand the importance of obeying Allah.

When a Muslim woman wears the hijab to please Allah, she is rewarded for her sacrifice and obedience to her Lord. As an addition to the above, here are SIX reasons to help you understand why Muslim women wear the hijab:

Summary On The Hijab style

And that’s all we have for you concerning the hijab in this post.

And you should know that the hijab is unique to Islam, but embraced by other religions, such as Judaism (where the concept of modesty is called Tzuniut) and Christianity.

Yea, you heard it right. There are Christians that wore it. Meanwhile, no rule states that nobody is meant to use it. And it is quite beautiful, you should try it out.

You can tell us your point of view about the hijab style in the comment section below. And don’t forget to like, and share with friends.

1
Have you ever thought about what fashion design is? Take a minute and look at yourself. You might have seen something that...
Read more
Fashion watch

0
The Fabric From Africa: In today's fashion world, people's use and adoration of African fabrics are continually changing.
Read more
Fashion watch

3
Hello, dear friends! In order to provide you with the most up-to-date information, I've produced a list of the top fashion schools...
Read more