Hi guys, we are back again. Not alone, but with a unique dress which is the blazer jacket.

Just like suits, the quickest way to show confidence in professional and social settings is by throwing on your snappiest blazers.

Building a versatile wardrobe that projects competence, leadership, and professionalism on every occasion is made easier by having a variety of jackets that coordinate with different garments in your closet.

But before anything else, let know the meaning of blazers and even jackets, and then jump on types, and possible differences with a suit.

What Is Blazer Jacket?

A blazer is a men’s jacket of military origin that reaches its maximum popularity when employed as a uniform in English colleges and clubs.

Therefore it was born as a garment with its own identity, not necessarily as part of a suit, and with a less rigid and formal style.

There is a wide variety of blazers but the details that distinguish it from a classic jacket are mainly the structure, the shoulders, and details such as pockets and buttons.

Considering the casual essence of the blazer, the lines must be soft and unstructured leading inevitably to unlined tailoring with “shirt-like” shoulders that can more easily follow the natural shapes and movements of the body.

This garment is now available in countless models, fabrics, and colors, but the patch pockets and single-breasted version remain the essential details of the blazer.

What Is A Jacket? The history of the jacket has deeper roots than that of the blazer and since its birth was meant as an element of a look to be completed with matched trousers and vests.

So, the essence of the jacket is historically more formal making necessary precise stylistic molds: inner part fully lined to ensure the right fit and slightly roped shoulders, full and rounded, to give even more structure to the garment.

Difference Between Suit and Blazer

When we start working with new clients, we are often asked about the difference between a blazer, and a suit jacket.

Which one is good, suit or blazer? This is a legitimate question when it comes to choosing one’s outfit. Finding one’s way in the world of men’s clothing is not always easy

Unlike the jacket, a blazer has its own identity: it was created to be worn with mismatched trousers.

There are several kinds of blazers, however, the best-known is the so-called Navy Blazer: a double-breasted, blue blazer, with six golden buttons, and flap pockets. The single-breasted blazer comes from the club blazer.

It is usually blue and has patch pockets. Fashion has changed the nature of this garment, and today blazers can be found in every new shape and color.

The fabric for a suit jacket is something the trousers will be cut out of as well. This means it must be sturdy, tear and abrasion-resistant because trousers can tear or wear out more easily than a jacket.

Besides this practical aspect, there’s a stylish one to be considered: a suit jacket is a formal coat, so color, pattern, and details must be suitable for a business context as well as for a ceremony.

Summary On The The Blazer Jacket

It used to take courage to wear a t-shirt in a workplace when everyone else was wearing suits.

Now it takes courage to wear a jacket when everyone else is wearing t-shirts. The person wearing a jacket will create a positive impression and distinguish himself among his peers.

What did you have to say about this? let us know by telling us your view via the box below. 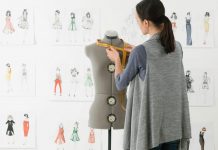 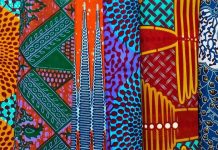 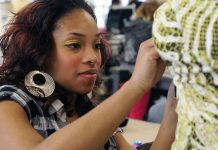